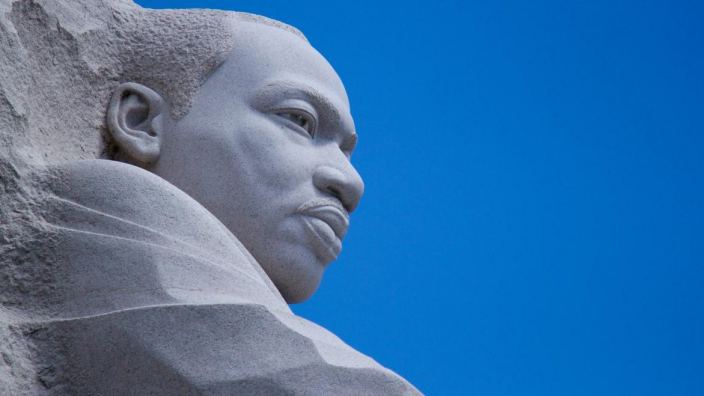 How MLK Challenges Us All

I had grown bored with the annual Dr. Martin Luther King Jr. commemorations featuring excerpts of his voice recounting “I have a dream”. It often seemed like a moment where we would collectively congratulate ourselves for being a society where the images of “Whites Only” water fountains were a thing of the past.

And then I read King’s Letter from a Birmingham Jail and everything changed.

Beyond the pitch perfect oratory and marches, that were synonymous with him, were the words and actions of a preacher whose insights about God’s perspective on morality, righteousness and justice has weighty implications for all of us. The legacy of King challenges our present context as much as it did in the past.

Dr. King wrote the letter to clergy who were critical of his activism. I’d like to draw attention to a few points from it:

The case for morality

King made a compelling case for morality. In Letter from a Birmingham Jail, King posits that the “moral law” is the basis for his activism and protests against segregation.

He asked insightfully, “How does one determine whether a law is just or unjust? A just law is a man made code that squares with the moral law or the law of God. An unjust law is a code that is out of harmony with the moral law.” The Civil Rights Movement was only possible because of its appeal to a universal morality established in a faith in God.

The fact that we all – regardless of our ethnicity or skin color – are made in the image of God was essential to the point of King’s argument for civil rights in the United States and abroad. This truth is very instructive today when divergent truth claims exist. King’s appeal to morality gives us insight into the importance and implications of a consistent biblical worldview as well as challenges those of us who claim to adhere to it.

The church is essential

King esteemed the church as essential. He wrote: “Yes, I love the church. How could I do otherwise? I am in the rather unique position of being the son, the grandson and the great grandson of preachers. Yes, I see the church as the body of Christ. But, oh! How we have blemished and scarred that body through social neglect and through fear of being nonconformists.”

Racism, injustice, and poverty aren’t issues that the body of Christ should be silent on, but lead in changing. The world is broken and the mandate of the church is to be the conduit through which God heals it. As complex and uncomfortable as it may be to enter into those issues, the Gospel doesn’t give us an option. King saw that. We should too. As 2015 demonstrated, the tensions of racial strife still beckon the church to respond.

King challenged the church to fully embrace the Biblical mandate for justice, not just piety. “Far from being disturbed by the presence of the church, the power structure of the average community is consoled by the church's silent – and often even vocal – sanction of things as they are.”

King recognized that the God of the Bible cared about personal piety, but He also loved justice and hated injustice. Unfortunately, the church often only focuses on the personal side and not the structural side.

A biblical basis for activism

I discovered that King had strong biblical support for his activism. In the Old Testament and New Testaments, the same Greek and Hebrew words are used for righteousness and justice!

Put simply, righteousness and justice are essentially the same concept with righteousness usually having a moral and personal connotation and justice holding a sense of corporate fairness and advocacy for the vulnerable.

The implication of this idea is stunning: You can’t be truly righteous and not be just. Moral platitudes without concern and action on behalf of the vulnerable is shallow and meaningless. The very foundation of justice is based on moral quality and so at its core they’re two sides to the same coin.

King also warned us: “If today's church does not recapture the sacrificial spirit of the early church, it will lose its authenticity, forfeit the loyalty of millions, and be dismissed as an irrelevant social club with no meaning for the twentieth century. Every day I meet young people whose disappointment with the church has turned into outright disgust.” Those words could’ve been written yesterday.

Now, I see the national holiday as a time to celebrate the legacy of a Christian, a pastor, an activist, a scholar and a person whose life challenges all who would take the time to learn from it. I’m grateful we get to collectively do that once a year, not just because of what he did, but because of what it might inspire us to do.

To learn more read King’s Letter From a Birmingham Jail, and listen to his sermon, A Knock At Midnight.

Cru staff member Rasool Berry is married to the love of his life, Tamica. They have one daughter, Ire’Ana. You can find him on Twitter @rasoolberry.

5 Things You Need to Live the Life God Intended

What it Means to Carry the Cross