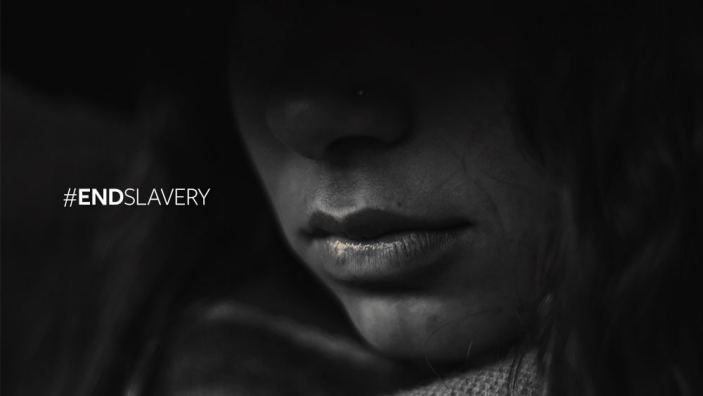 I Found Modern-Day Slavery at my Doorstep

Do you think of a location in the developing world – India or Thailand – places with vastly different cultures and values? I used to think that way too. But not anymore.

Just another day at the mall

At the Florida Mall, “Sarah,” a self-conscious teenage girl, went with a group of her friends to see a movie. A group of men approached, one of whom paid particular attention to Sarah.

Claiming to be a talent scout, he wanted to talk to her about a career in modeling. The man pulled Sarah aside to the food court to talk about her career, eventually convincing her to leave with him. When her mom returned to pick her up, she could not find Sarah.

Sarah’s situation is a common trafficking scenario in the U.S., according to Blair Pippin, associate director of Florida Abolitionist in Orlando and a Cru staff member. Traffickers target people with low self-esteem or who are runaways. Recruiters lure these young people, even as young as 8, by helping them feel wanted or with promises of money, fame, travel.

How can this happen?

Once traffickers build trust, they turn on victims and control them through abuse. Often the victims are isolated and followed. Many are raped, drugged or forced into prostitution. They are robbed of value.

While sex trafficking seems to be the most-talked-about type of slavery, human trafficking also comes in the form of labor. The National Human Trafficking Resource Center defines labor trafficking as “a form of modern-day slavery in which individuals perform labor or services through use of force, fraud, or coercion.”

These settings can include hotels, restaurants, nail salons, farms, factories or domestic work. Nearly 21 million people are victims of labor trafficking, according to the International Labour Organization. This illegal industry generates billions of dollars in profit each year.

What this means for us

Though we aren’t human traffickers, we may unknowingly be contributing to modern-day slavery based on the products and services we purchase.

By doing a little research, we can learn whether our Old Navy jeans, Walmart toys, Starbucks Frappuccinos or Hershey’s chocolate are linked to trafficking victims.

When I know this, how can I still afford to keep my distance from the tragedy of human trafficking? I can’t board a plane and leave it behind. It’s happening in the malls I visit.

The role of faith in the fight

“Everyone is in bondage to something. For some people it is physical captivity, for many more it is emotional and spiritual bondage,” Blair says. “Jesus came to set the captives free. By fighting human trafficking, we can join Him in this work of freeing people from bondage spiritually and physically.”

“Jesus said, ‘As the Father sent me, so I am sending you,’” Blair says, quoting John 20:21. “This means that it is the mission of every believer to set captives free.”

What can you and I do? It isn’t easy. In the global market, many of the everyday products we can purchase may be linked to human trafficking. Would you be willing to check Free2Work.org or do other research to confirm that no forced labor goes into the products you buy?

For more ideas, take a look at these 5 ways you can help stop human trafficking.

My Name is CARL

What it Means to Carry the Cross